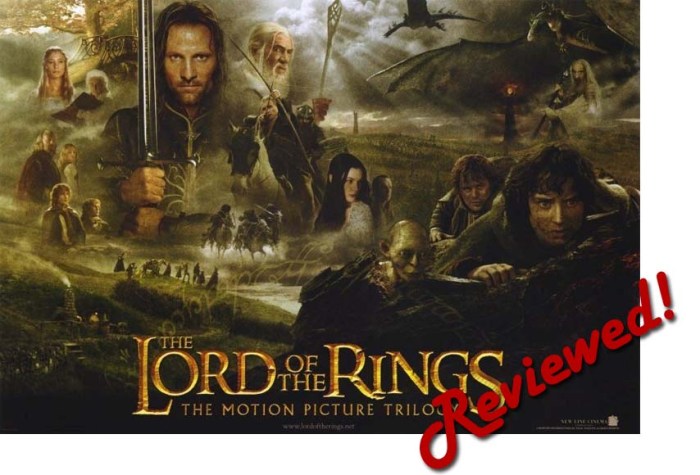 I’m not a person that is easily fond of his own work – especially when it comes to writing; I’ve got a rather pessimistic outlook towards it. It mainly arises out of the urge to constantly try to revise and improve the text to suit the reader and making it worthy of a good read.
END_OF_DOCUMENT_TOKEN_TO_BE_REPLACED

Whether you’re a fanatic of the films, an unflinching Tolkien purist or simply a mixture of both, this should be the best week in an otherwise dull month … (end of summer, rain, strong winds – unless you’re living in the Southern Hemisphere, that is.)
END_OF_DOCUMENT_TOKEN_TO_BE_REPLACED

I should have continued with the Character Profiles series, and I will. However, I just wanted to post a link to a video I’ve recently made regarding the whole Peter Jackson/Silmarillion movie issue.

I’ll be outright and state that I’m not in favour or against the issue. The video is basically an edit of two or three interviews (plus footage) found in various behind the scenes features for both ‘The Lord of the Rings’ and ‘The Hobbit’.

I have tried to understand how Peter Jackson’s directing lifestyle has changed and evolved to ever bigger projects, despite his misgivings on the said matter a few years prior.
END_OF_DOCUMENT_TOKEN_TO_BE_REPLACED