The Chaos of The Battle of the Five Armies

Before ever we set foot inside cinema theatres to watch the final installment of The Hobbit trilogy, ardent fans, paying close attention to the online marketing campaign of the film, would have been aware that this last Middle-earth film was a rough road for the filmmakers.

Rumours had spread that something was amiss and that Peter Jackson’s 6-film closing statement was not as up-to-scratch as expected. The director himself, well known for his scruffy and dishevelled appearance, looked even more so and exhausted than ever before; and yet, with almost a year of post-production dedicated to this third Hobbit film, what went wrong?

Let us first look at a rough timeline of the four years of production on The Hobbit.

Peter Jackson has stated that he had little to no time, following Guillermo Del Toro’s departure from the director’s seat (in May 2010), to prepare his own vision of these films. Designs for costumes, sets and the overall look of the trilogy – which would normally have taken place during pre-production – started to spill over during filming.

Having said that, Jackson did the incredible task of maintaining a coherent feel, structure and flow throughout the first two films: a remarkable achievement considering the pressure and strict deadlines he would have faced. It is a testament to his strong spirit and almost inhuman sense of endurance aided by his collaborators.

Yet, looking at the above timeline and the decisions undertaken, one cannot but ask a series of questions that have remained obscure, even in the 20+ hours of the trilogy’s special features.

By the end of Principal Photography in June 2012, nothing of the Battle of Five Armies had been filmed yet. So this begs the question:

An answer has been provided in the behind the scenes for The Battle of the Five Armies: Jackson stating that the decision to go for Film 3 allowed them to push the battle scenes forward and gain an extra year to prepare.

Not a bad decision, but this created a substantial hole in The Desolation of Smaug: both its beginning and ending. Much of this is discussed in the special features from this second film: how the May-July 2013 pick-ups allowed for the filming of the Bree sequence that opens the film, and a massive spurt of creative production to craft the monumental ending.

During these 10 weeks of pick-ups, much of the battle sequences for the third film also took place.

Peter Jackson was honest in stating that he had no idea what he was filming for the Smaug vs Dwarves sequence for film 2, including absolute bewilderment when it came to the many scenes from the Battle yet to come.

He seems to have done the impossible, and the wide narrative crater that had been present in The Desolation of Smaug, ever since the three-film announcement, was sealed satisfactorily. Not everyone will agree, but I believe that the closing sequence of film 2 is perhaps one of the best moments from the entire 6-film saga.

Anyone unaware of the logistical and creative problems that went on behind its creation would still be amazed at the execution of this riveting sequence.

Following the release of The Desolation of Smaug in December 2013, Jackson and his team had almost a year to assemble the footage shot during the May-July 2013 pick-ups, together with the original sequences shot during Principal Photography that were meant to conclude The Hobbit in film 2.

Nevertheless, we soon learnt that Jackson was still “filming” in his mo-cap stage much of the Battle itself. The actors had been filmed and edited into the narrative, but much of the fighting had yet to be digitally realised; much to the fears of the visual effects supervisors and artists.

As fans, people from outside the production, we can never understand what really happened during this period. Much of what we know comes from the behind the scenes features. It is evident that whilst Jackson’s exhaustion and stress continued to increase under the pressure of delivering this final installment, he was liberated by the sense of being able to focus on a single film, rather than several. With almost a year’s worth of post-production, things seemed to allow a deserved breathing space and one last creative push.

What’s frustrating, however, is the end product. Much of what made the battle in The Battle of the Five Armies was not seen until a year after its original release. The general consensus seems to have been that the extended edition provided much more weight and narrative flow to the final installment than its theatrical version.

Scenes had been edited out and the uneven storytelling made itself felt to even the most Tolkien-averse audiences.

I have already stated that the extended editions should not be a director’s final resort in fixing theatrical cuts. Unlike The Lord of the Rings, whereby the additional scenes helped to further enhance the story, all the extended installments in The Hobbit felt like a necessity: supporting weak scenes and awkward editing, whilst strengthening the overall flow of each film. 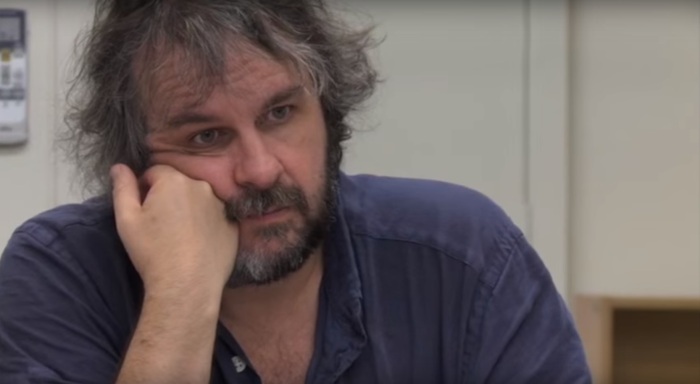 A year’s post-production on The Battle of the Five Armies still left out major moments that were eventually re-introduced in the extended edition. One such sequence was the confrontation between the Dwarves and the Elves. Its omission from the theatrical release was due to the complexity of the visual effects involved and the lack of time.

To add further insult to injury, the special features reveal a wealth of deleted scenes that, had they been included, would have given a much needed boost to many characters: understanding their motivations that drive them to act the way they do. Alas, these were destined to remain on the cutting floor and make way for less essential sequences.

This all harks back to July 2012 and the decision to introduce the third film. Peter Jackson may not have known the problems he would encounter and the lack of time to solve them, but he seems to have shot himself in the foot in doing so.

What’s frustrating is that, in the time he had during pick-ups for shooting the bulk of film 3, he decided to spend much of it in introducing external characters unnecessary to the plot (Legolas and his ‘Bats and Bolg’ moments spring to mind), when he could have dedicated that time to the more important elements and characters of the story.

And yet, it is surprising how, out of all the problems and winging its, the final film turns out into to a decent narrative and a powerful ending that wraps up the trilogy and connects it to The Lord of the Rings. (The strong ending clearly showing it was filmed during the less chaotic months at the beginning of principal photography).

I do not condemn Jackson’s decision for a three-film split for, out of the many additional sequences, there emerged some of the finest moments in The Hobbit trilogy, which would have otherwise remained only as furtive glimpses in Peter Jackson’s vivid imagination.

15 thoughts on “On Peter Jackson “Winging it…””