So begins the first post from the TTRT series (Tolkien Trio Reading Tradition).

As stated last week, we’ll be going through Tolkien’s works, chapter-by-chapter, starting with The Silmarillion.

(Naturally, stick-figure drawings will help me illustrate the point)

Today we’ll be looking at both Ainulindalë and Valaquenta. Note, these are not chapters but rather two shorter works that make up the collection known as ‘The Silmarillion’.

Newcomers to this book, and veteran readers who haven’t yet done so, are strongly urged to read through the Foreword, Preface and (most importantly) Tolkien’s letter to Milton Waldman – available in any second edition copy of The Silmarillion.

Said letter is a fantastic piece of writing that offers its readers a fragment of the author’s thoughts and aspirations behind his entire fantasy world.

It’s an honest account that provides a clear framework to the narratives from The Silmarillion, right through The Lord of the Rings.

Suffice to say there are some minor story spoilers but skip this letter at your own risk.

Now, onto the complex stuff …

Ainulindalë (The Music of the Ainur)

In my opinion the most thrilling, imaginative, and fine piece of writing about the Creation of the world: topping, by a clear mile, any Book of Genesis or other. 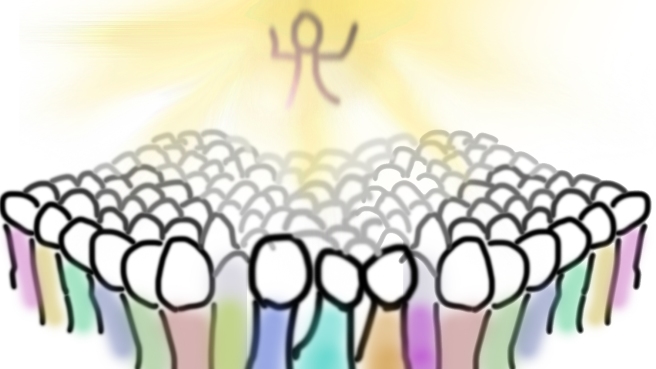 The Music of the Ainur

Eru Ilúvatar (the one true God) proclaims a theme to the Ainur (angelic spirits) upon which to orchestrate a grand piece of music and thereby fill the void that exists outside the heavenly abode.

As the Ainur lift their voices in a vast chorus of sheer beauty and perfection – shaping the history of the world – everything that will ever be is weaved in one grand tapestry.

The Ainur work in unison to craft the music to Ilúvatar’s satisfaction, but among them resides the most powerful Ainu, Melkor, who begins to weave his own themes into the whole composition. Melkor’s discord clashes with the rest of the theme: each time forcing the Music to falter and Ilúvatar to initiate another, more perfected theme. 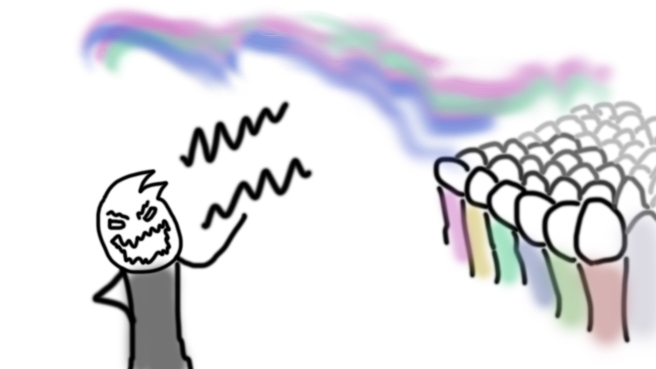 Upon the third theme, Ilúvatar proclaims the words “Eä!” (“Let these things Be”), and the whole universe comes into being through the Music of the Ainur and Melkor’s discord (with all the good and the bad).

The void is filled with Eä (the universe) and within is situated Arda: the world upon which Middle-earth and the whole history of these books takes place.

The mightiest of the Ainur, the Valar, leave their heavenly dwelling to enter Arda and prepare the world for the awakening of the Children of Ilúvatar (the Elves, and later on Men).

Melkor, having now his own thoughts of ambition and supremacy, abandons the others and descends into Arda to set up his own realm. 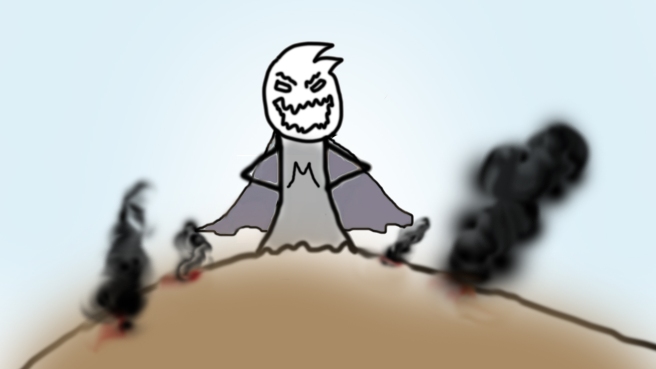 The Ainulindalë concludes with the Valar’s struggles to order the world and repair the damages incurred by Melkor – the fallen Vala. Meanwhile, the time appointed for the awakening of the Elves approaches. Favourite quote:

What to ponder on:

Valaquenta (History of the Valar)

The second, shorter work in The Silmarillion gives us an account of the Valar and the different orders of the Ainur.

The Valar are the highest and mightiest of the Ainur: sent to the world to help shape and guard it.

Each Vala has a particular safeguarding and overseeing role.

There were 15 Valar originally, but Melkor was no longer regarded as one of them after his fall.

Upon descending into the world they took a visible form – based on the vision of the Elves who were yet to populate it.

Their names and roles are as follows:

The Lords of the Valar

The Queens of the Valar

The Maiar, other spirits who were also Ainur, were less ranked than the Valar, but nonetheless beings of great power and virtue.

With the making of the world, many left Ilúvatar’s dwelling and entered Arda to assist the Valar in their tasks.

However, not all the Maiar had the same intentions. 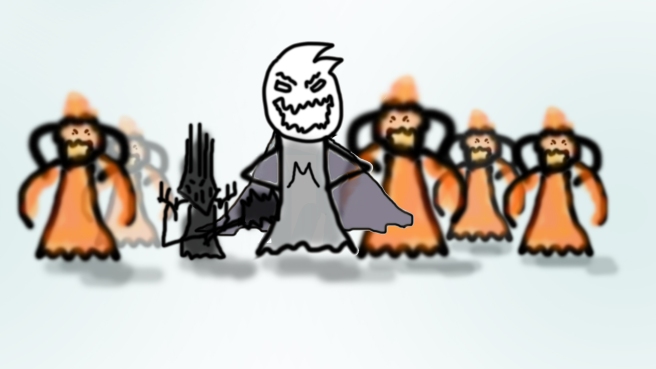 Melkor corrupted many of these spirits into his service and they became his powerful followers: among whom we find Sauron (his mightiest servant) and the Balrogs.

Among those who remained true and loyal to Iluvatar’s cause was Olorin (known better as Gandalf), wisest of all the Maiar. Favourite quote:

“For of the Maiar many were drawn to his splendour in the days of his greatness, and remained in that allegiance down into his darkness;and others he corrupted afterwards to his service with lies and treacherous gifts…”

Feel free to comment, discuss, analyse and share your thoughts (and answers) with us about any aspect of your reading experience.

Next Friday we’ll be looking at the first two chapters of the Quenta Silmarillion: Of the Beginning of Days and Of Aulë and Yavanna.

24 thoughts on “TTRT: The Silmarillion”