Billy Boyd to perform credits song for The Battle of the Five Armies!

News has just been released that Billy Boyd will be performing the closing credits song entitled “The Last Goodbye”, written by Fran Walsh, Philippa Boyens and Boyd himself.

Original Song from ‘The Hobbit: The Battle of the Five Armies” is titled “The Last Goodbye” and is written by Billy Boyd, Walsh, & Boyens

And whilst not everyone thought it legit, this was later confirmed by a “For Your Consideration” list for the third Hobbit film, including in its list of contenders, details of the song (here).

Frankly, we should have seen this coming. 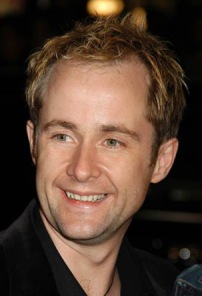 There was already a general agreement that a male singer should continue the tradition of singing the closing credits to each Hobbit film (much like female singers have done on The Lord of the Rings).

Including Boyd’s performance of “Edge of Night” in the recent teaser trailer was surely the biggest hint we could get.

And yet, how could we have known?

I’m really excited about this news: both to hear what Billy Boyd has to offer and the admittedly tear-inducing title of the song 😀

Whilst it really is a last goodbye, I’m wondering how it will fit-in with the whole Middle-earth saga.

It certainly feels a “goodbye” since this will be the final film, but considering there’s still another trilogy to continue the story, I wonder how it will ultimately make sense to first-time viewers.

Still, I’m super excited about it!

What do you think?

Are you as thrilled as I am or were you expecting something different?