What a fantastic character Beorn is … truly amazing. Definitely a one-of a kind creature in Middle-earth.

In Tolkien’s legendarium, skin-changers (or shape-shifters) are hard to come by and Beorn is definitely an individual whom you’d gladly take on your side.

His character strongly embodies the theme of nature – a guardian of the natural world and, just like nature, he has no 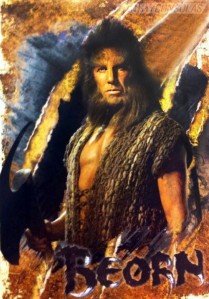 good or bad side.

Sure, he definitely is not evil (nor bad), but (as in the novel) Gandalf constantly warns the Dwarves about their peril when in his presence.

Tolkien puts it beautifully in one single quote: “Beorn was a fierce enemy. But now he was their friend”.

His sheer physical strength, whilst reflecting certain aspects of violence, do not necessarily entail a ‘bad’ individual. Beorn (both as a man and a bear) is not represented as a ruthless and mindless force with a complete disregard to his surroundings – but his powerful abilities reflect on those he hates most: Goblins (Orcs) and Wargs.

Perhaps his wariness and suspicion in others is most probably justified. The world (both our own and Middle-earth) is a dangerous place to live in, and in order to survive you have to be ready to defend your own habitat and yourself.

Nonetheless, to put it plainly, Beorn is one of the ‘good guys’. I’ve always loved the novel’s introduction to this character – his roughness and unawareness as to who Gandalf is; reflecting his own free state of mind and disregard to higher powers in Middle-earth.

But as much as he can be a terrifying character, he’s also ready to laugh at any particular instance, especially if it involves a tale about frightened (or slain) goblins – such as the one Gandalf and the Company told him upon their arrival at his house.

Reading the passages from the book, it’s always wonderful to have a good character which is an unstoppable force against the evil creatures that haunt our characters every step of the way.

Indeed, Beorn is a breath of fresh air when it comes to good-sided characters. The Lord of the Rings (being a more serious narrative and containing much more at stake) had no such powerful, tour de force individuals – whilst in The Hobbit, we get to see such a character in action.

In ‘The Desolation of Smaug’, Beorn is played wonderfully by Mikael Persbrandt. Peter Jackson opted to focus on certain elements of his characteristics, excluding the laughter and the lighter side of his character and making him more of a solitary figure. 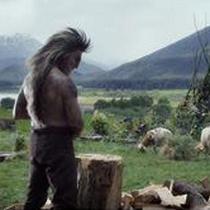 his regard of the beings around him. During the conversation with the Company, he says that Dwarves are “blind to the lives of those they deem lesser than their own”.

With his deep voice and Swedish-influenced dialect, Persbrandt maintains the gravitas of Beorn’s character – a performance which shamefully wasn’t on-screen for much longer. Indeed, one of my gripes against Film 2 was the lack of Beorn and some further insight into his back-story, which will be necessary for his presence in There and Back Again.

Apart from hoping a more extended look at Beorn in the extended edition, it is hoped that we will get to know more of this character once Film 3 progresses towards the climax of the story.

No doubt that Peter Jackson’s direction, coupled with Persbrandt’s steely performance, will create something rather wonderful; forcing audiences to talk of nothing more except Beorn after the third film draws to a close.